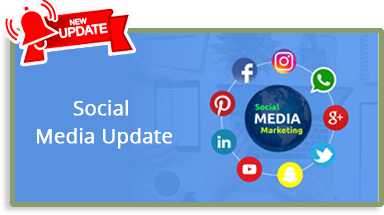 The promulgation of Employees' State Insurance Act, 1948(ESI Act), by the Parliament was the first major legislation on social Security for workers in independent India. It was a time when the industry was still in a nascent stage and the country was heavily dependent on an assortment of imported goods from the developed or fast developing countries. The deployment of manpower in manufacturing processes was limited to a few select industries such as jute, textile, chemicals etc. The legislation on creation and development of a fool proof multi-dimensional Social Security system, when the country's economy was in a very fledgling state was obviously a remarkable gesture towards the socio economic amelioration of a workface though limited in number and geographic distribution. India, notwithstanding, thus, took the lead in providing organized social protection to the working class through statutory provisions.

The ESI Act 1948, encompasses certain health related eventualities that the workers are generally exposed to; such as sickness, maternity, temporary or permanent disablement, Occupational disease or death due to employment injury, resulting in loss of wages or earning capacity-total or partial. Social security provision made in the Act to counterbalance or negate the resulting physical or financial distress in such contingencies, are thus, aimed at upholding human dignity in times of crises through protection from deprivation, destitution and social degradation while enabling the society the retention and continuity of a socially useful and productive manpower.

The scheme was simultaneously launched at Delhi as well and the initial coverage for both the centres was 1,20,000 employees. Our first prime Minister was the first honorary insured person of the Scheme and the declaration form bearing his signature is a prized possession of the Corporation.

It is important to mention here that it blossomed as the first social security scheme in 1944, when the Govt. of the day was still British.The first document on social insurance was "Report on Health Insurance" submitted to the Tripartite Labour Conference, headed by Prof. B.P.Adarkar, an eminent scholar and visionary. The Report was acclaimed as a worthy document and forerunner of the social security scheme in India and Prof. Adarkar was acknowledged as "Chhota Beveridge" by none other than Sardar Vallabhbhai Patel. Sir, William Beveridge, as all know, was one of the high priests of social insurance. The report was accepted and Prof. Adarkar continued to be actively associated with it till 1946. On his disassociation he strongly advocated management of the Scheme by an expert from ILO. In 1948 Dr. C.L.Katial, an eminent Indian doctor from London took over as the 1st Director General of ESIC and he steered the affairs of the fledgling Scheme till 1953.

Since the red letter day of 24th February in the annals of social security in India , there has been no looking back. A lighted lamp which is the logo of ESIC truly symbolises the spirit of the Scheme, lighting up lives of innumerable families of workers by replacing despair with hope and providing help in times of distress, both physical and financial.

During the 70 years of its existence, ESIC has grown from strength to strength and the Corporation owes it, most of all, to the commitment, dedication and perseverance of persons like Prof. Adarkar and Dr. Katial.

You are being directed to CPGRAM website. You would be asked to Register with CPGRAM if not already registered. Registered users can login directly using their CPGRAM user ID and password.